Mr. Ye mentioned that both the universities should take the advantages of the previous working experience as well as the excellent teaching recources of RRU to explore the future collaborations, which may include the joint venture programs, articulation programs, establishment of some new programs, as well as the projects in the graduate level study. SIT feels interested in some cutting-edge programs offered by RRU, such as Disaster and Emergency Management, Environment Management and Cross-culture Studies, and will undertake some further discussions. Schools of Economics and Management, Urban Construction and Safety Engineering, Humanities and Foreign Languages, as well we the Divisions of International Cooperation and Science and Technology participated in the meeting. (Lili Lu) 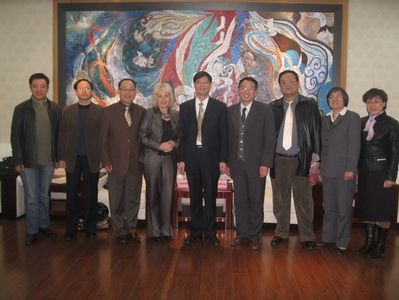